XSite is a leading design-build firm of the modular cable landing stations used by the submarine cable industry. With the constant movement and changes with their clients, they needed a flexible ceiling grid solution.

The turnkey ceiling grid approach for XSite to data centers and landing stations includes prefabrication of the modular buildings off-site in the U.S., shipment of the units to their eventual site, and re-assembly at the project location.

In addition to that, they also needed a solution that could withstand seismic shifts or changes due to all of the movement from site to site. A traditional grid system would require too many repairs for this to be a worthwhile endeavor.

According to XSite President, Amy Marks, the firm is always looking for ways to reduce costs to the client both at the manufacturing plant and at the final destination.

With their recent cable landing station modules in Brazil, XSite found the PRELUDE XL Max ceiling grid system and started incorporating it into its process.

According to Mike Hathaway, XSite Vice President of Operations, the flexibility the suspension system provides is one reason it was introduced. “Technology is constantly changing. As a result, clients continually have to move or upgrade equipment. The ability to easily move cable trays along with the equipment without penetrating the ceiling is a huge benefit to the client.”

The system’s load-bearing capability was also a consideration. “Most cable distribution now occurs overhead. Consequently, as facilities get denser, more cabling in an area is needed, resulting in more load on the ceiling. In that regard, the load bearing capability of the Prelude XL Max grid is excellent. Considering the load that can be supported by the system, we were surprised with the flexibility it provides.”

Previous to the change, XSite had used hard ceilings in the past. However, because of current changes in cooling systems, more data centers are now utilizing plenum systems for supply or return. XSite found it easier, cleaner, and less costly to include a ceiling plenum, rather than the hard ceiling.

Looking back on the introduction of the ceiling suspension system to its cable landing stations, President Amy Marks adds, “We also consult on prefabricated modular data centers used in other markets such as healthcare, and the suspension system offers the same benefits in these applications as well. As a result, it should be well received.” 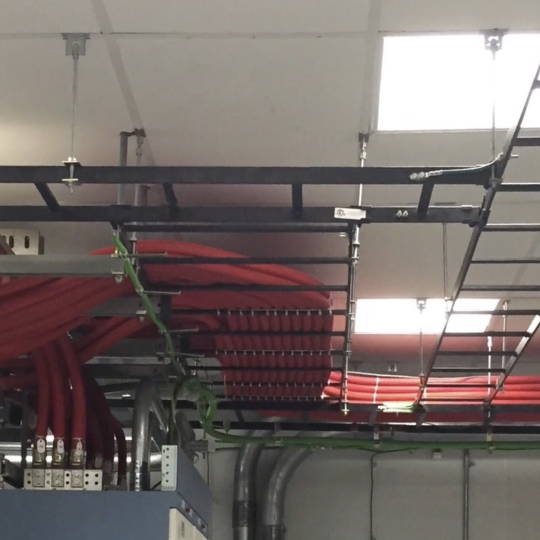 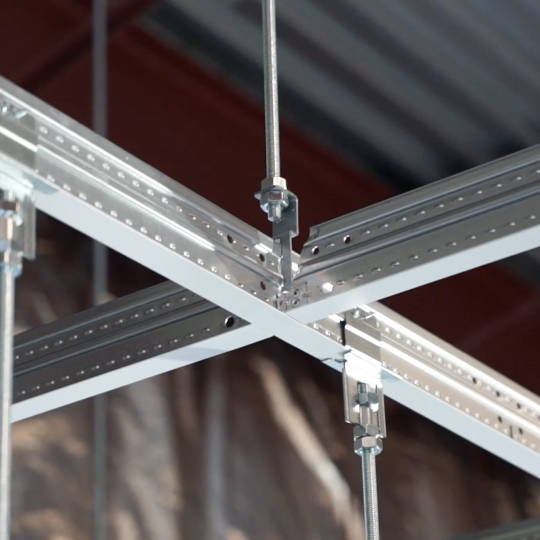 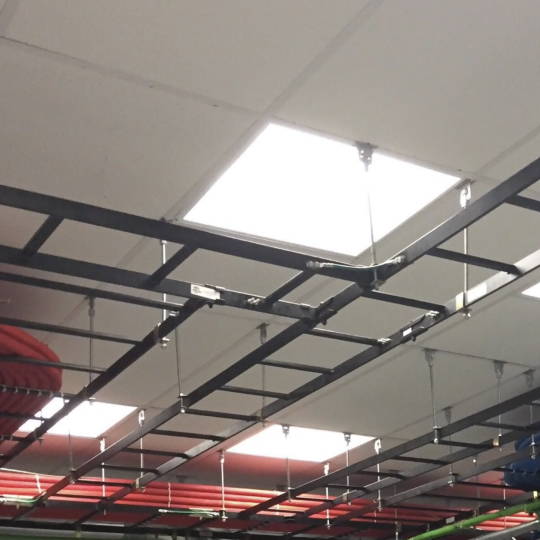 in installation and reconfiguring layouts

in installation and reconfiguring layouts 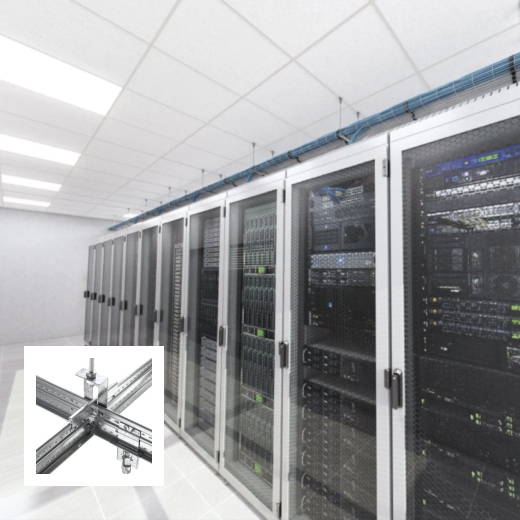 Have questions? We’re here to help

Our customer service can answer any of your ceiling questions.

We will get back to you within 2 business days.

Give us a call

We’re here to help you create the space of your dreams.

For tax exempt customers, complete the steps below:

If you have any questions, please connect with our customer support team.

Hear the difference
Acoustical ceilings are one of the easiest ways to reduce noise and echoing in your space. Listen to the difference below.
Before: Without acoustic ceiling tiles

Time sound echos in your space: secs % improvement
% improvement
Sound Absorption: NRC
Room information: 2,000 sq. ft. room, 9' to deck, drywall with windows on two sides.
Disclaimer: This is a simulation that demonstrates how acoustical tiles reduce noise and echoes in a busy space. For a free detailed acoustical analysis and product recommendations, contact us.

Get a free quote

When you check "Install my ceiling for me", here's what to expect:

There’s no obligation to continue with installation.